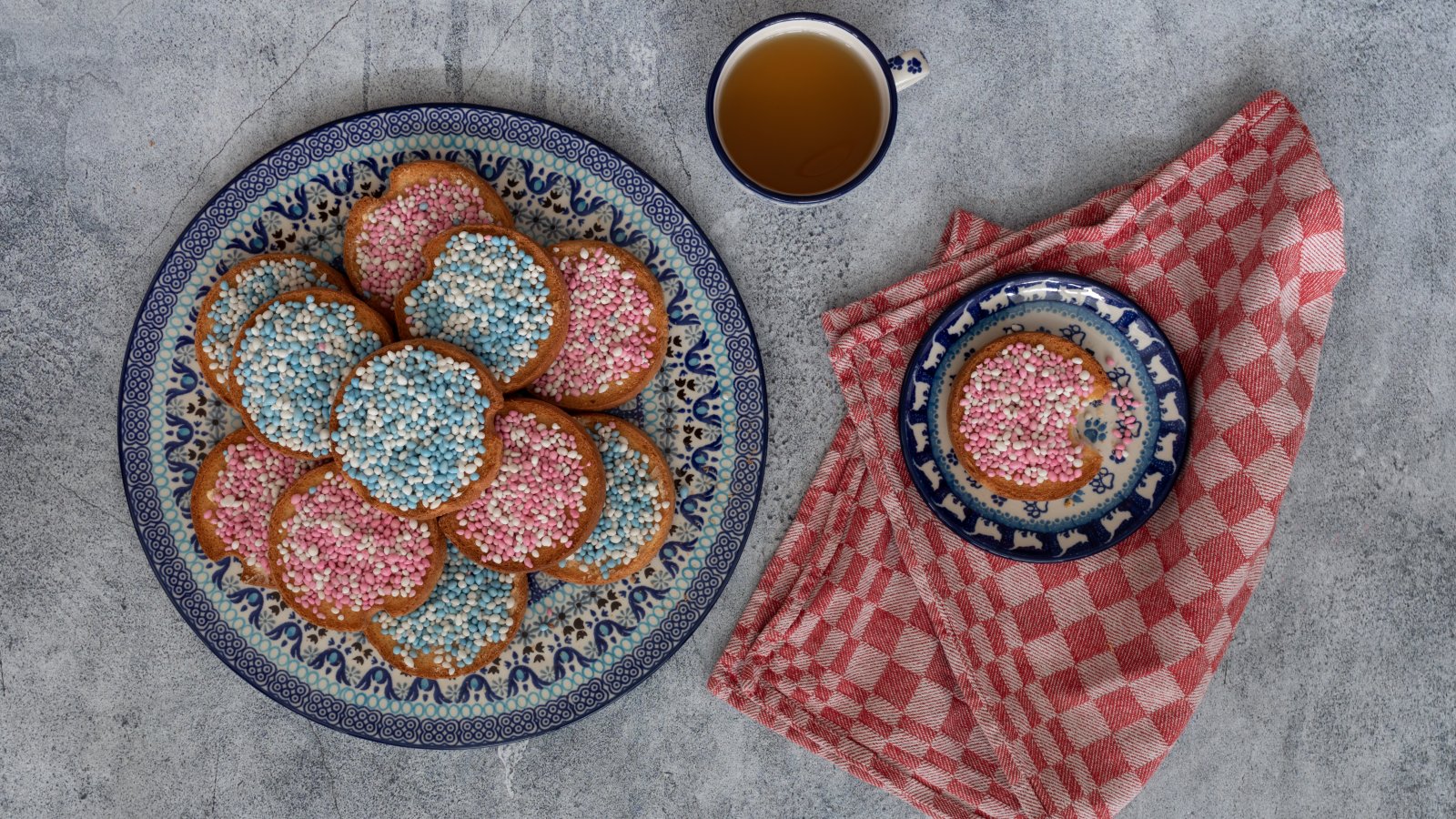 In Turkey, Italy, Holland and Mexico

From bread for the dead...

...to mice for the newborns. Food eaten during festivities is often filled with meaning, steeped in symbolism and rich in tradition. Different cultures have different culinary celebrations. We asked a Greek, Turkish, Mexican, Dutch, Indian, Italian and English person to share their most beloved, crazy, or meaningful celebratory dish.

Turkey has a rich culture full of traditions. The wedding ceremony probably is the biggest. Streets are blocked, drums are played, a feast is devoured. This feast is not complete without a culinary creation called perde pilavi, also known as veiled rice pilaf. This dough dome is filled with fragrant rice, chicken, currants, nuts, time, care and ancient cooking techniques. Like most celebration dishes, no two families have the same recipe, but the meaning is always the same. The nuts represent the husband and wife, the currants their prospective children. The pastry shapes the roof of the house where they’ll all live happily ever after. 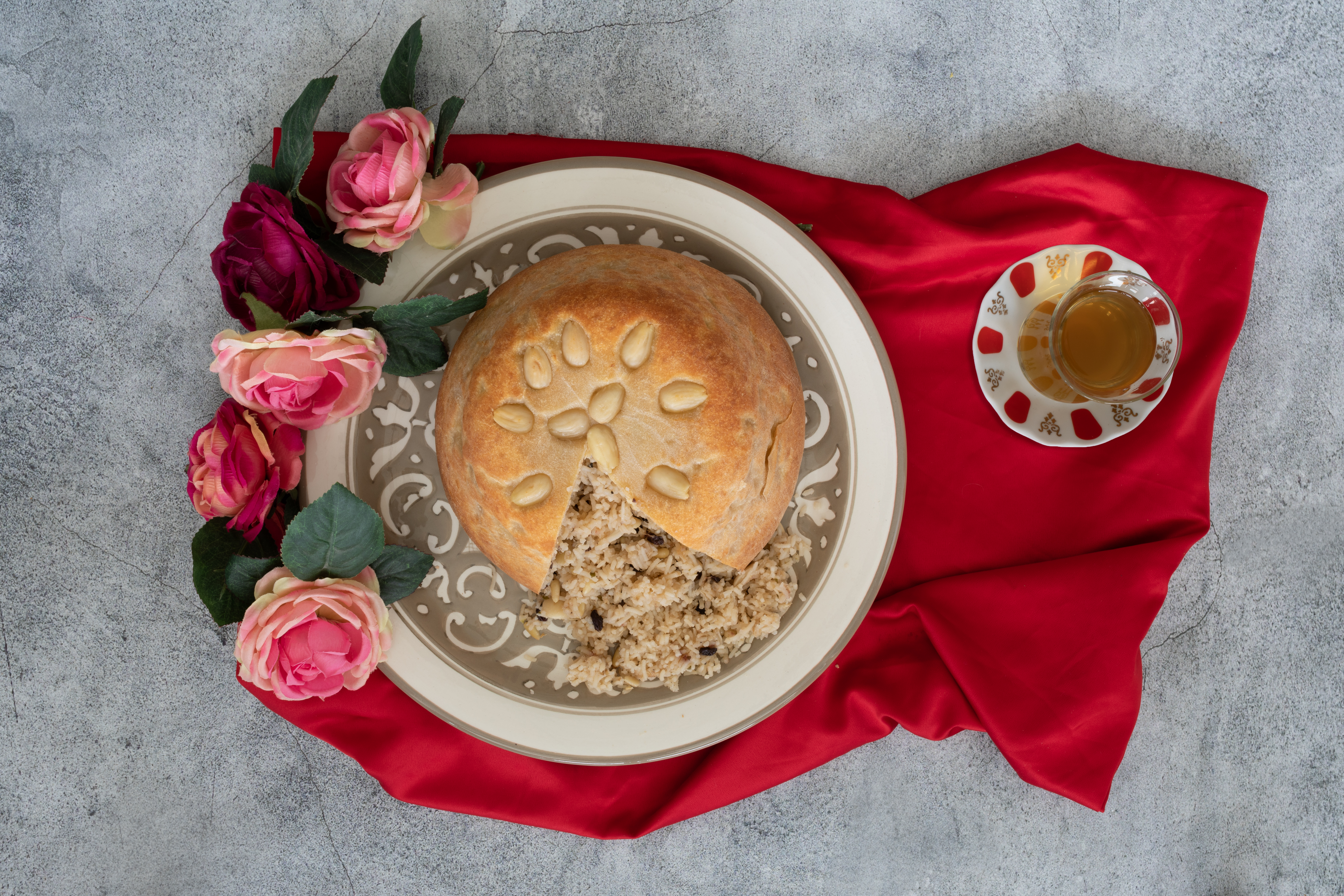 On New Year’s Eve no pizza or pasta in Italy, but a filled pork paw, called ‘zampa’, and boiled lentils. The paw gets filled with pork, pancetta, spices and pork rind. A less extreme version is the cotechino, same filling but in a sausage shape. Still sceptical? The Italians aren’t. Around NYE 72% of Italian households eat the traditional dish and 6 million kilos of cotechino and zamponi are served nationwide. Surprisingly the actual showstopper are the humble lentils. They symbolize prosperity. In ancient Roman times, people would fill their leather pouches with lentils, hoping one day they would turn into coins. Nowadays, putting this dish on the table must be enough to bring prosperity and money for the following year. 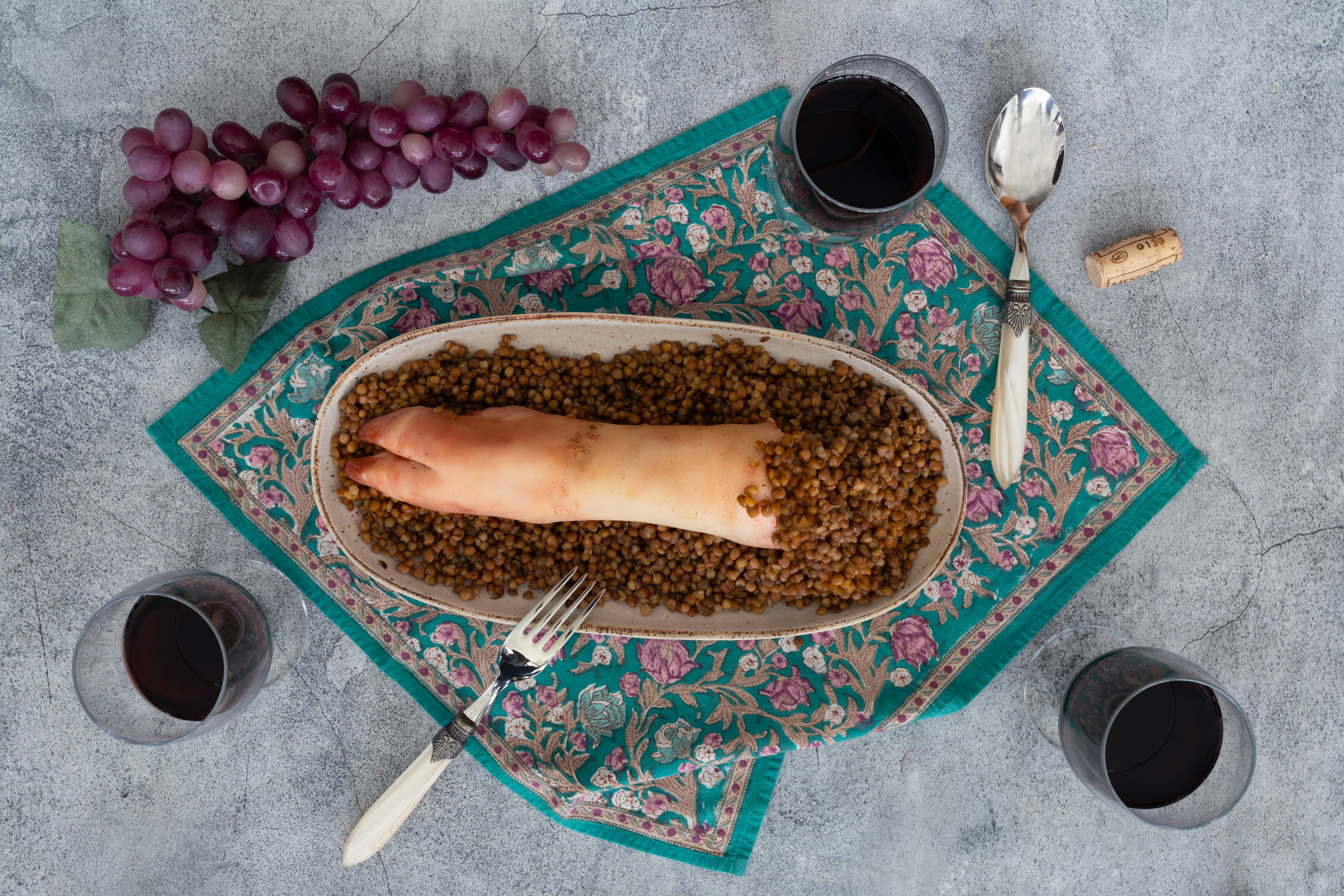 No newborn in The Netherlands is celebrated without beschuit met muisjes. Butter is spread on Dutch biscuits and covered in blue or pink aniseed sprinkles. The aniseed stems make them look like little mice, hence the name ‘muisjes’. When Princess Beatrix was born in 1938, Dutch manufacturer De Ruijter produced a gigantic tin of orange sprinkles for the King and Queen. This special edition was made available in supermarkets and sold out in no time - besides a princess, a new tradition was born, too. People have been serving the sprinkles at maternity visits ever since. 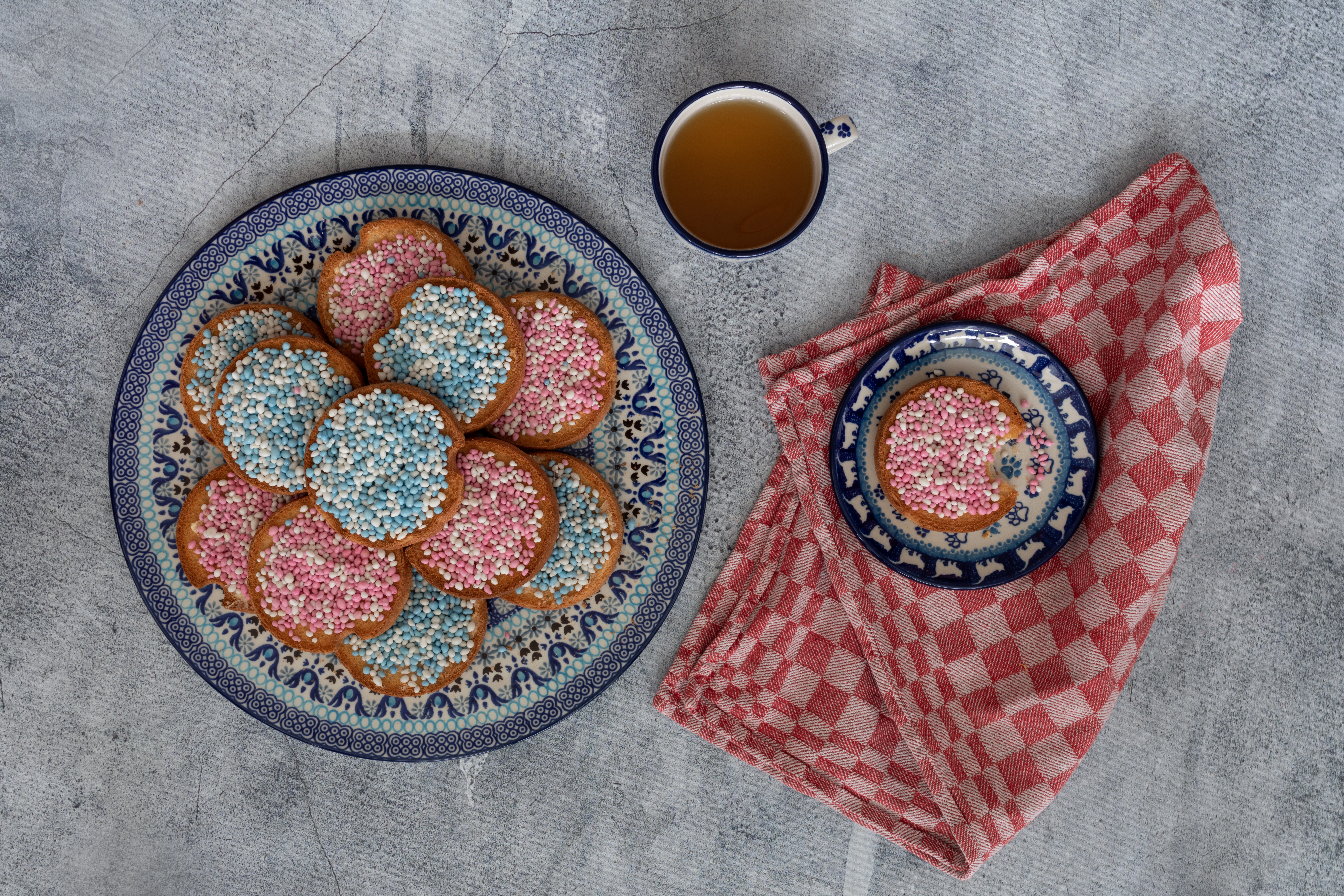 Whereas most cultures celebrate life, Mexico celebrates death. The spirits of loved ones that passed away are kept alive and food plays a big part here. Once they smell their favorite family dish, they can return to the world of the living for one evening. An essential offering is Pan de Muertos: bread of the dead. This sweet bread is flavoured with aniseed and orange to nourish the returning spirits. The cross on top symbolizes their fingerbones. Around this time of year, bakeries and local stores overflow with candy, cakes and treats covered in skulls and skeletons. This trend seems to have spread to other parts of the world, even where the Dia isn’t celebrated. 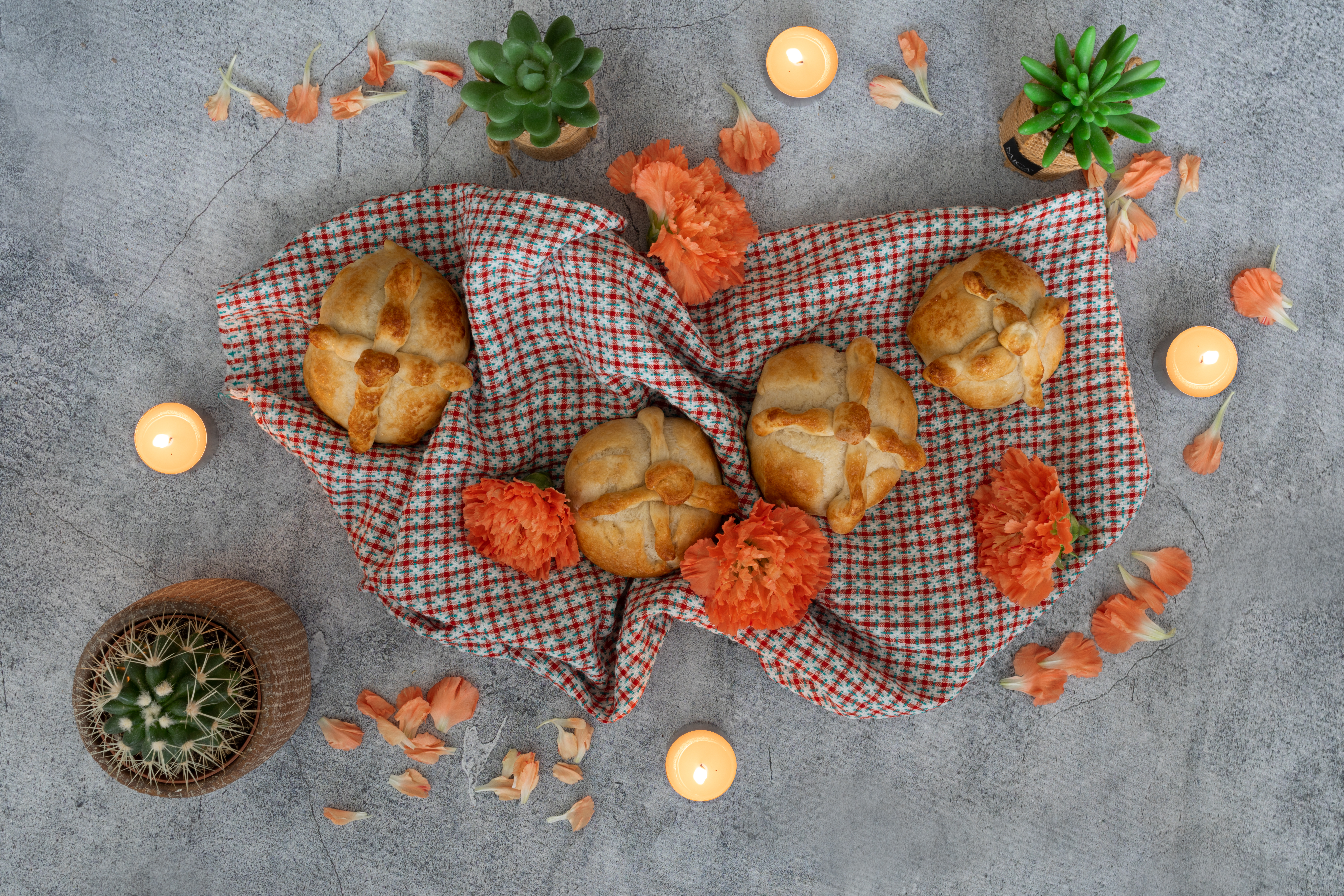 Check the newest digital magazine to see how Easter is celebrated in Greece and Diwali in India.