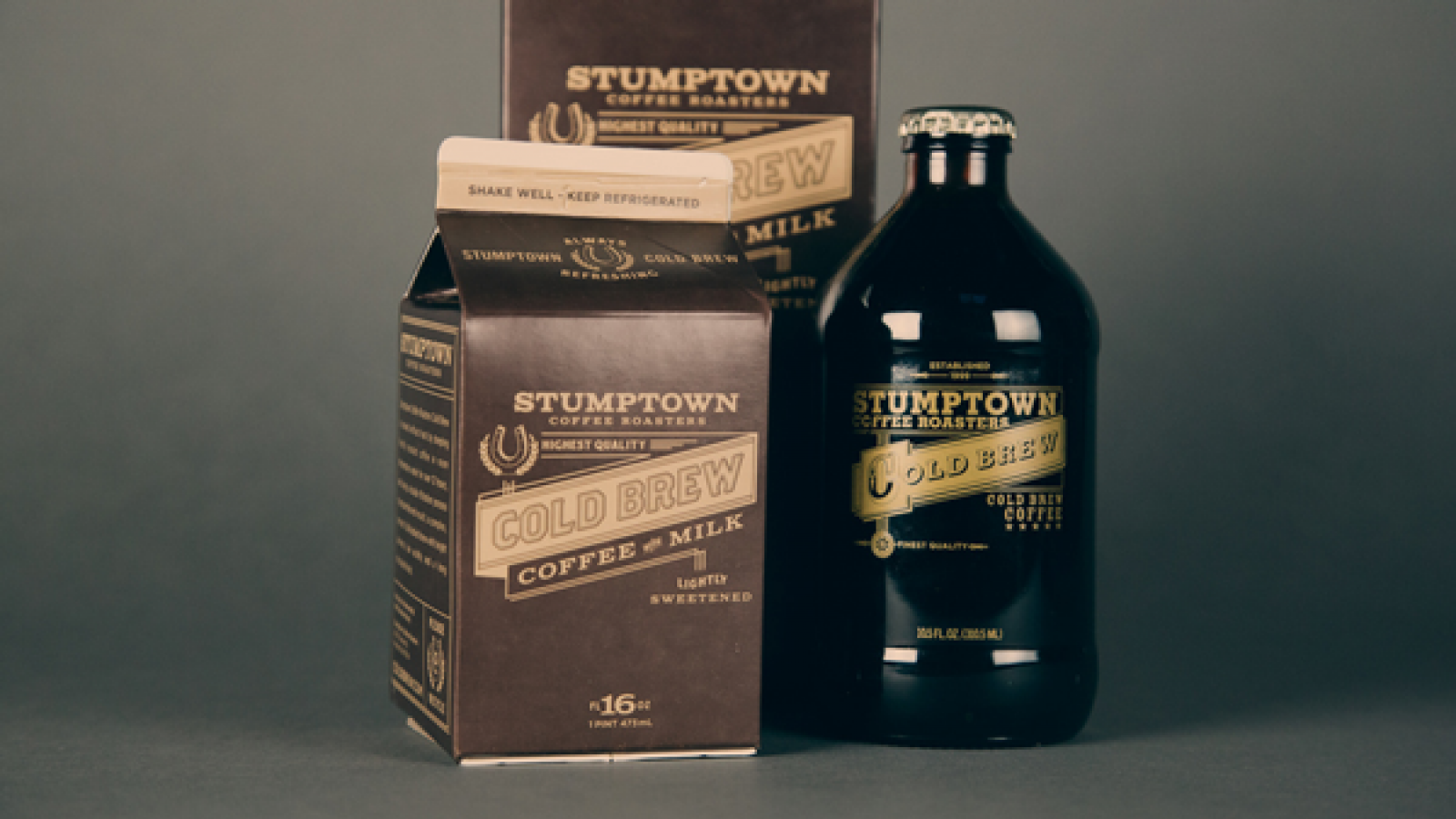 Written by Redactie on Wednesday 7 January 2015

Cold brew offers a new flavour sensation with fresher nuance, something impossible to achieve with other techniques. Food Inspiration visited the ‘coolest coffee brand in the world’: Stumptown in Portland, Oregon.

Stumptown is pioneering cold brew coffee and they told us the demand for cold brew has exploded over the last year. Director Diana Alysworth says: ‘Since the second quarter of this year the demand has risen enormously. Frapuccino is on the shelves everywhere. We hope to put cold brew next to it as premium alternative.’

Brewing coffee at Stumptown can take up to twelve or even sixteen hours, after which it is filtered. Nowhere in the process is it heated. Stumptown is wary of mechanisation. All coffees are weighed by hand; the roasting is not automated and is instead directed by several master roasters.

The Stumptown coffeebar next to the Ace hotel in Portland serves cold coffee on tap. They have three variants: original, single estate, and nitro. The single estate is from Guatemala. The nitro is a cold coffee made with nitrogen, resulting in an almost Guinness-like consistency. They are experimenting with CO2 taps, but so far it has not resulted in a winning combination.

Brown bottles with a stubbed neck called stubbies and retro typography have become the iconic attractors of cold brew coffee. Stumptown is the market leader in the new category of cold brew. The demand has exploded with the introduction of a milk carton packaging containing cold brew coffee with milk and sugar. They have also made a fantastic wintry variant using cinnamon.

Read on: The new cocktail