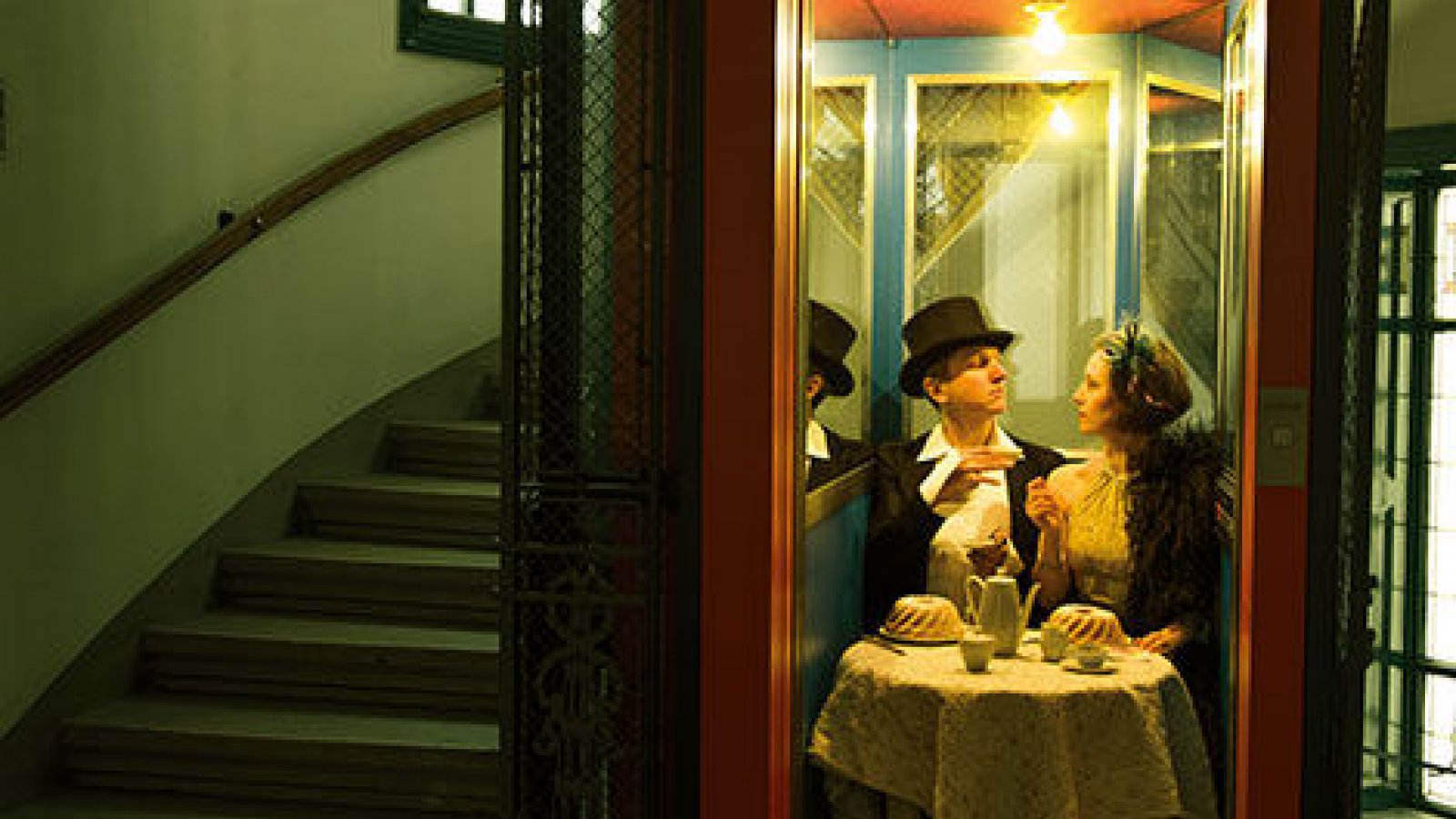 Written by Redactie on Monday 3 November 2014

What we eat is influenced by our cultural background. What we like or loathe is learned. Honey&Bunny about food behavior.

‘What we eat is influenced by our cultural background. What we like or loathe is not physically determined, but is instead learned’, or so claims the Viennese design duo Honey & Bunny .

‘The same applies to our eating habits. Why do we eat in special dining rooms? Why do we sit around the table together? Martin Hablesreiter and Sonja Stummerer have conducted two years of research on table manners which has ultimately led to our book Eat Design.’

‘Take the chair. Until the mid-19th century, the seats around the table were only intended for important people: emperors, kings, leaders. The rest sat on things like blocks of wood or a tree trunk. It was only during the French Revolution that the chair was introduced for the common people as a symbolic gesture against the king.’

‘What and how we eat is determined by our specific cultural background. We laugh at people who do not eat with a knife and fork; if someone eats too much garlic we think he smells and we think people who slurp their food when they eat are dirty. These observations are actually quite racist. In Eat Design we’ve mapped all of our eating habits so that in the future, we can look beyond our cultural boundaries. For example, we should learn to eat the whole cow instead of throwing away its kidneys, brains and intestines because we think they’re disgusting. We’re finally more aware about food shortages and overproduction, and now it's time to also change our behavior.’

Read more about this subject in the magazine.