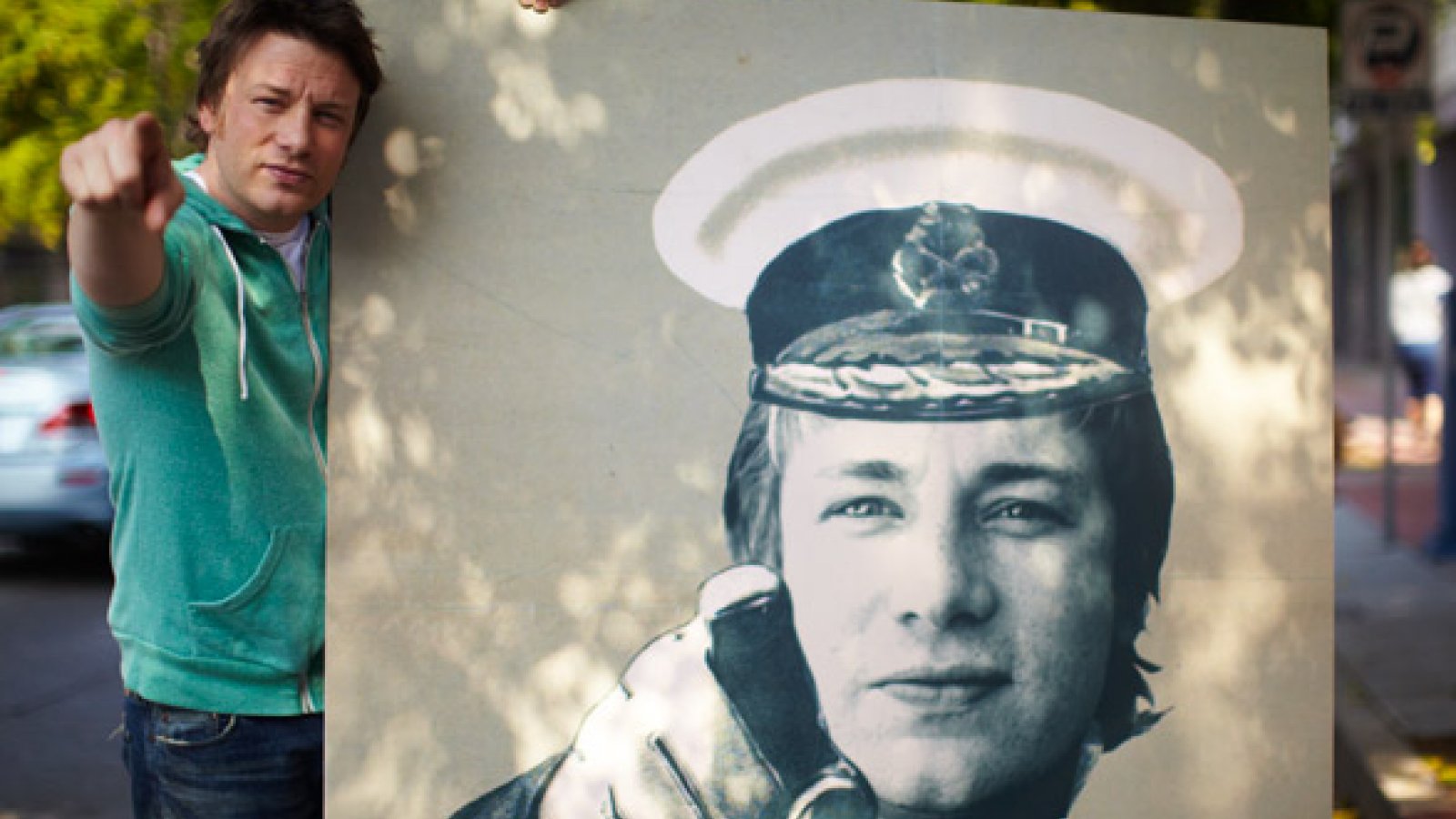 Written by Redactie on Friday 3 January 2014

That is what the British cook Jamie Oliver has been advocating for years. He focuses primarily on children and young people with the Jamie Oliver Foundation. Because as a result of Western diseases, such as obesity, diabetes and cardiovascular diseases, for the first time in history it does not appear to be self-evident that young people will grow older than their parents.

He does not limit himself to Great Britain or one project. He rolls his vision across the world like a snowball in order to create a revolution: Jamie Oliver’s Food Revolution. He began in Great Britain, where he tackled school canteens. He wanted to reduce the use of ready-made products and stimulate cooking with fresh products. Everything in order to improve the health of children and teach them what healthy food is. He subsequently rolled out this project to the United States. He got his own television show there, in which he demanded attention for healthy food in school canteens for two years. Meanwhile, he worked in school canteens and taught the cooks another way of cooking. In the beginning, he encountered a lot of resistance, but he ultimately established a totally new model for cooking in school canteens. He won an Emmy for his television show and the TED prize for his Food Revolution project.

Read more about Jamie’s projects in the Food Inspiration Magazine.

Read on: Wellness instead of illness