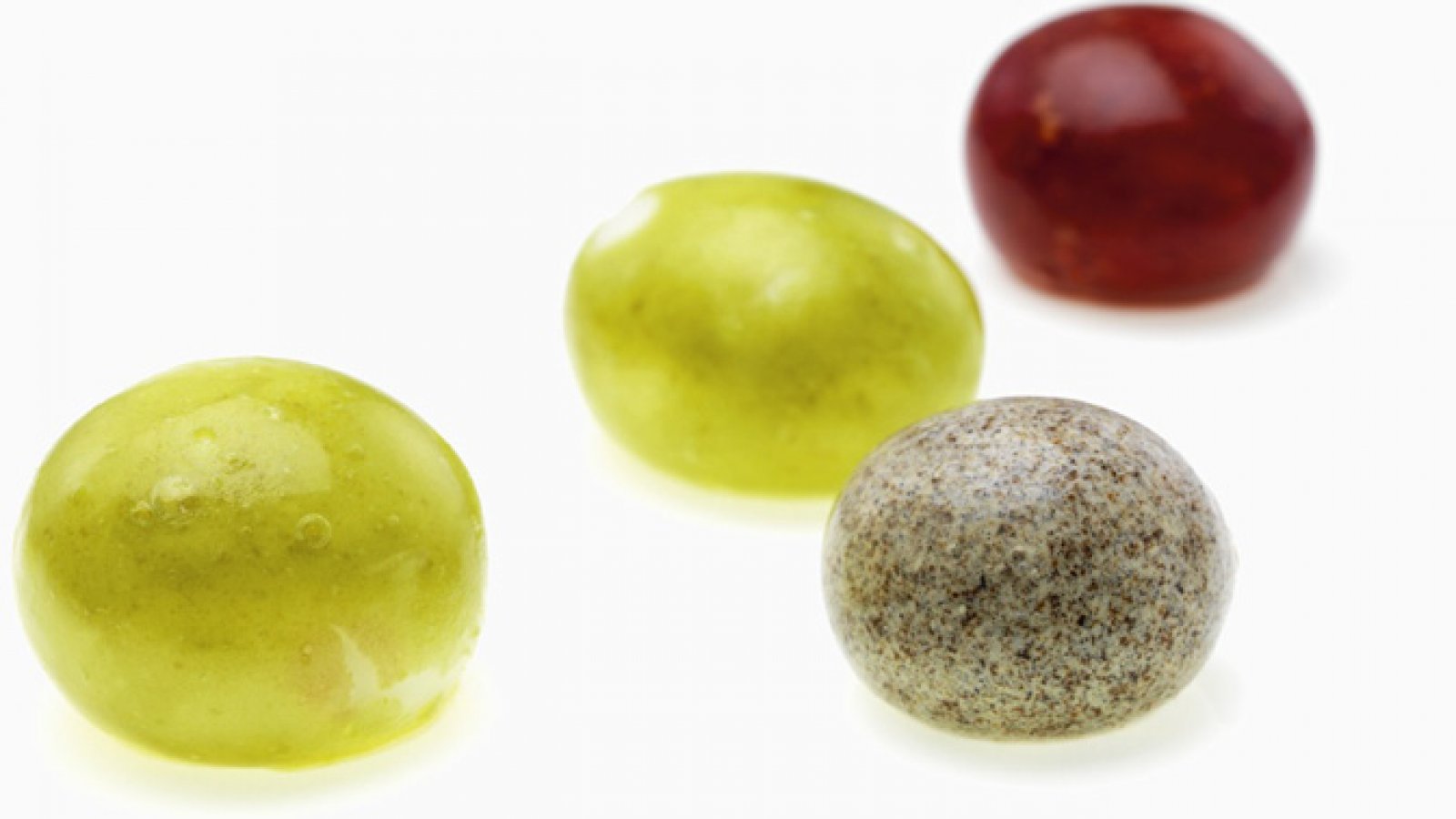 Written by Redactie on Tuesday 8 October 2013

Researchers at Harvard University have developed a new method for packaging foods which would make plastic unnecessary, called WikiCells.

According to biochemistry professor David Edwards whose team developed the technique, the new packaging method is similar to an orange peel: you only eat the inside, but the outside is also biodegradable and edible. Fruit comes in its own edible packaging and the researches thought that this should be possible with other products as well. The results are small colored balls which can be wrapped around liquids like a shell. They look similar to jellybeans but about the size of grapes.

David has big plans for his WikiCells: a WikiBar opened in Paris and expansion into the United States is scheduled for 2013.

Read more about smart packaging in the Food Inspiration Magazine.

Read on: Solving the foodcrisis in a smart way